I’m a late bloomer in several areas of my life. 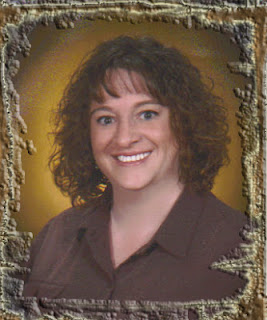 I got married for the first time at age 37 and a month before the wedding I was downsized at work. I decided that in the mornings I would check the jobs available, send tailored resumes, and cover letters and in the afternoon I would make the projects I had ear marked in my past issues of Somerset Studio and Cloth Paper Scissors.

One day after turning 38 , I found I was out of the glue I wanted to use to make texture on a box I was crafting. Not wanting to spend money, I laid the paint on newspaper and started experimenting with other glues that might enable me to make a texture. Then it happened. I spilled a bottle of re inker I had on the table from rubber stamping and it went all over my newspaper covered with paint and glue. (My coordination skills have yet to bloom). I took my brush and moved the ink around, added some spritzes of water and then walked away, disgusted with myself. When I came back later and everything was dry, I was surprised to find that in the dried ink, glue, and paint-a face was staring back at me. Creepy right?
I decided to see if I could recreate the effect and sure enough I could, and did, over and over on at least 50 sheets of newspaper over the next few months (newspaper is a really cheap substrate for practicing). Creating intuitively became a type of therapy. Eventually I became braver and tried it on canvas board (again not wanting to waste money). Next, I went for it and tried it on stretched canvas. I realized that creating without a plan and without a goal, allowed my authentic self to emerge. Memories and emotions were out loud on canvas without me having to say a word.  An artist I barely knew said to me, "Traci, I’ve never seen anything like this, keep going". Another person ﻿said it reminded them of seeing things in clouds.

Pareidolia (parr-i-DOH-lee-ə):   is the human ability to see faces and shapes in random things like clouds and tree bark. This ability is a left over from early man who needed this as a survival skill.


This perfectly describes what my abstract art features.

At 39, I decided to join the local art guild and showed my art in public for the first time (which was nerve racking). During the year that followed I sold 10 paintings and I continue to blossom.  Some people like my art and some people don’t and that is okay. The very first buyer said, "its very metaphysical, isn’t it?" Of course I agreed with her, she was my first buyer and metaphysical sounds a lot better than creepy. Maybe they like my art because they like to look for the faces. Just the fact that they like it is enough for me. Its like the skunk said of Bambi, "He can call me flower if he wants to."
﻿﻿ ﻿﻿﻿﻿﻿﻿﻿﻿﻿﻿﻿﻿﻿﻿﻿﻿﻿﻿﻿﻿﻿﻿﻿﻿﻿﻿﻿﻿

I love to see viewer’s faces when they realize they see a face or familiar shape in the painting. To see these things, you can’t just take a cursory glance, you actually have to be present in the moment, actively looking at the painting. When I’m lucky enough to see that reaction, I feel a connection, even if they don’t buy the art. I was able to get them to stop, just for a moment and be. Being present in the moment is not easy in our society and I feel joy that I can bring that pause in to their life. Just think, what if I had never lost my job?


Art doesn’t care how old you are! Regardless if you are 26 or 62, if you have the desire, then start making art.

at 8:01 AM Posted by I'm a Late Bloomer
Email ThisBlogThis!Share to TwitterShare to FacebookShare to Pinterest