Why I am a late bloomer?

Had I bloomed earlier in my life, my blossom would not be nearly as colorful.

In the 80's when my sons were little I was a self taught videographer, I did a couple of weddings as side jobs, but most of my taping was done of my children and their friends, making home movies of their plays and musicals.  I entered the corporate world after that and put down my video camera.

In the 90's I picked up a paint brush and some tempera paints. Creating a few gifts for family and friends , I mainly painted because it brought me joy.

The new millenium brought me a daughter and a new career as a portrait photographer, a career I could do part time while raising my daughter. I gleened alot of knowledge from the handful of studios I worked for over these last several years.


Now, in the second decade of the 21st century, I have found a way to combine 2 of my passions, photography and painting. "Portrait Impressions " is original photography, digital art, printed on canvas and hand embellished with acrylic paint. 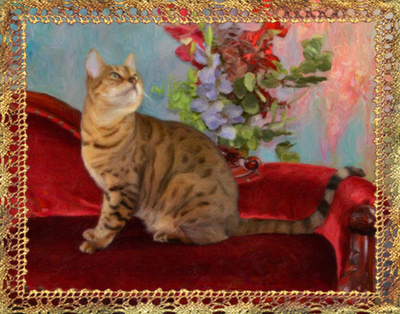 This season I have joined the art faire world and shown my art on a monthly basis in Lake Villa at Julie's Coffee ,and got accepted to a juried art faire in August 2012 at the Adler Art Center in Libertyville.

THANK YOU FOR LEAVING A COMMENT. IT'S SIMILAR TO CLAPPING WHEN YOU HEAR SOMETHING THAT YOU LIKE.